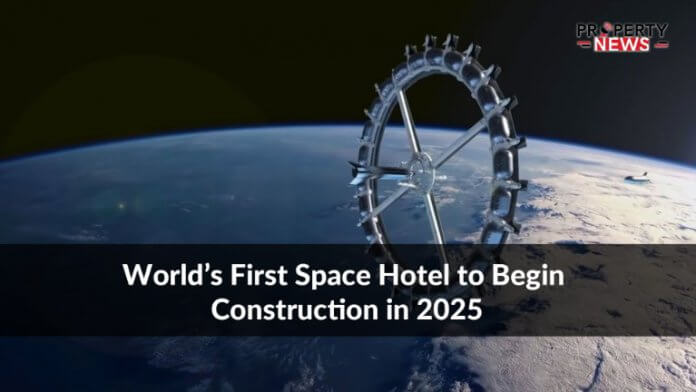 Developed by the Orbital Assembly Corporation (OAC), the Voyager Station could be operational as early as 2027, with the infrastructure built in orbit around the Earth. Work is due to start on the world’s first ‘space hotel’ in low Earth orbit in 2025 and it will come equipped with restaurants, a cinema, spa, and rooms for 400 people.

The space station will be a large circle and rotate to generate artificial gravity that will be set at a similar level to the gravity found on the surface of the Moon.

The cost of building the space station or staying in the hotel has not been disclosed, though OAC claims that costs are falling thanks to recycled launch vehicles like the Space X Falcon 9 and the future Starship.

The Gateway Foundation will operate some of these 24 units, which will include crew quarters, air, water, and fuel. Commercial businesses and governments can lease or buy the remaining units. The station could be used by government departments to host their science module or as a testing facility for astronauts planning to go to Mars.

The idea of an orbiting space station built around a central, circular wheel goes back to the earliest days of space travel, in an idea by Wernher von Braun. He was one of the architects of the NASA Apollo programmed and in the 1950s proposed a wheel-shaped habitat spinning to create artificial gravity.

The concept for the Voyager station, which is a similar idea but on a much larger scale, first came about in 2012 with the launch of the Gateway Foundation.