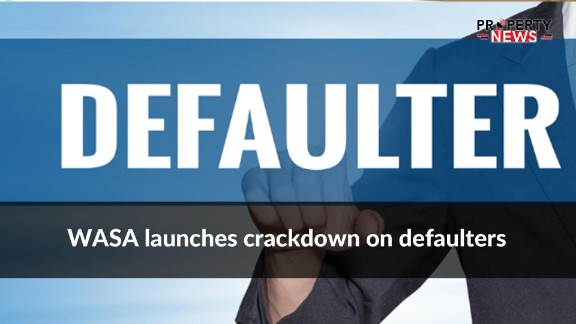 Rawalpindi: According to a recent piece of news, the Water and Sanitation Agency (WASA) launched a crackdown against defaulters and imposed a fine of Rs233,440 on them and confiscated 15 water motors besides issuing notices to 25 owners of houses using illegal connections.

WASA spokesman Umer Farooq said action following the law was being taken against the defaulters. He said an operation was conducted in different areas of the city and illegal water connections were detected.

Two raids were also carried out at under-construction plazas in Raja Bazaar and Satellite Town, according to Mr. Farooq. He mentioned that teams had been ordered to take stern measures against those who did not pay their water bills.

He continued that the operation against water diversion would proceed and that defaulters would have their water connections severed.