Tribal districts to have 28 more police stations set up 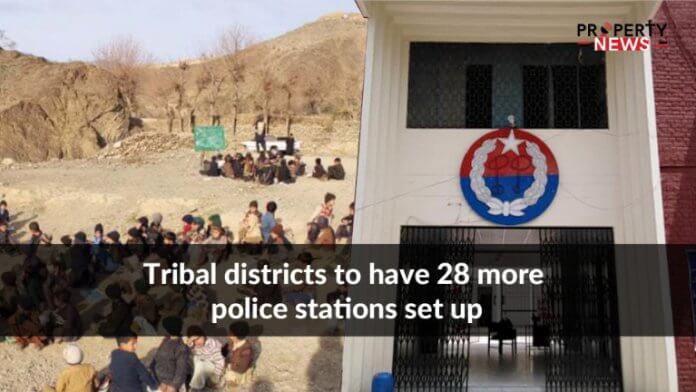 Khyber: According to a recent news report, the Inspector General (IG) of police Dr. Sanaullah Abbasi has said that 28 more police stations will be established in tribal districts with the assistance of security forces.

While talking to journalists during his visit to Shah Kas centre in Jamrud, he said that former khasadars were fully converted into regular police while 5,000 tribal policemen were imparted training by armed forces after the merger of tribal districts with the province while another 3,000 would be imparted similar training in the next phase.

The IGP announced on the occasion that Shah Kas Levies centre would be named as police training centre Khyber with SP Abdul Hai as its first director. He said that the centre was built by Frontier Corps and provincial government handed it over to the police for training.

“It is a big development and will go a long way in establishing the writ of the government in the tribal districts,” he said.

Expressing satisfaction over the police training procedures, Mr. Abbasi said that regular policing responsibilities would be assigned to the trained personnel alongside equipping them with modern weapons.