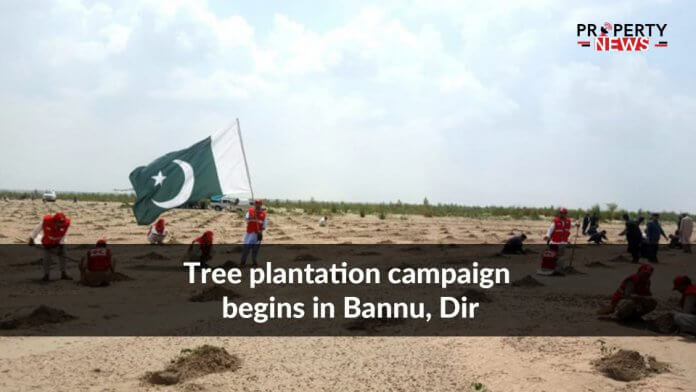 Students, boy scouts, volunteers of civil defence, municipal workers and other government employees took part in the activity and sowed about 5,000 seedlings in a day.

Under the Miyawaki plantation technique, the saplings are planted close to each other in the area and the plants under this method grow faster than a normal plantation.

On this occasion, the Bannu commissioner said plantation under the new method had been carried out for the first time in Khyber Pakhtunkhwa. “If proved successful this method will also be implemented in other parts of the province,” he maintained.

In Lower Dir, under the Clean and Green Pakistan initiative, the school safety cell, directorate of the elementary and secondary education department, kicked off its plantation campaign in schools in collaboration with UNICEF.

The role in this regard was kept with Deputy Commissioner (DC) Aun Haidar Gondal in the chair at the government high school, Mian Banda. The event was attended by school leaders, teachers, students, elders of the region and officials of the administration.