Traders get final notices to remove encroachments in Mansehra 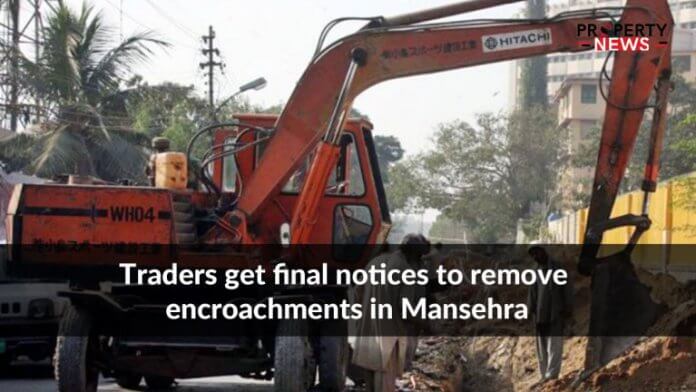 Mansehra: According to a recent news report, the National Highway Authority has served final notices on traders ordering the voluntary removal of buildings and shops illegally built along the Mansehra-Naran-Jalkhad Road from Bisian Balakot to Kawai area in Kaghan valley.

“We will dispatch the second period of the counter infringement mission to clear the MNJ Road from unlawful structures and shops among Bisian and Kawai territory,” Balakot aide chief Hamid Khan told columnists on Wednesday.

Joined by the NHA authorities, he said sees had been issues to 71 brokers and building proprietors for deliberate infringement evacuation by one month from now. He said the travel industry season in Kaghan valley would start one month from now, so the region organization needed to eliminate infringements to guarantee to bother free going for guests.

“Kaghan valley attracts hundreds of thousands of tourists in the summer season. The anti-encroachment crackdown will be completely up to the Babusar Top before the start of the season this year,” he said.

Meanwhile, the district administration directed the revenue collectors to file a compressive report on the illegally occupied government land and property illegally for their recovery.