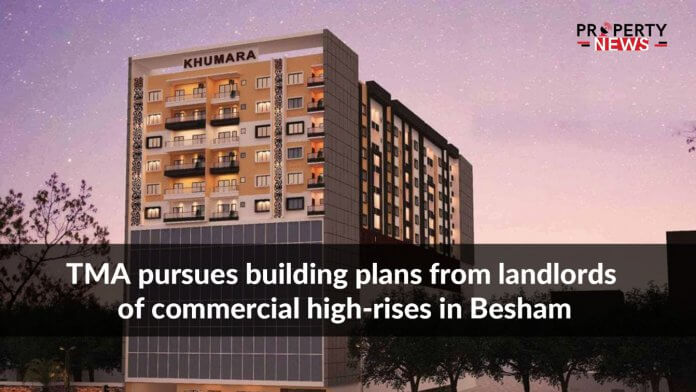 Shangla: According to a source, the Besham Tehsil Municipal Administration (TMA) has asked the proprietors of the high-rise buildings that are being developed and constructed on the Karakoram Highway to offer the building plans to the local building control authorities.

As many as 13 of the hotel’s management in Besham, have been asked to present and submit building plans to the concerned authorities. Mr. Mazhar Muzaffar Awan who is the Tehsil Municipal Officer (TMO) stated that private developers were required to obtain authorizations for their projects from the concerned organizations.

He also stated that the TMA was able to seek out building plans from the owners of the 13 buildings within three days. Also saying that the administration intends to issue similar notices to residential constructions in the second phase of the ongoing regularisation force.

For more updates on the matter visit our website Property News.