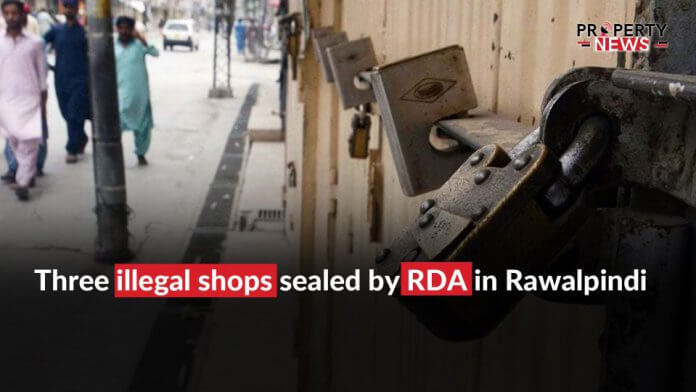 Rawalpindi: According to a recent news report, Rawalpindi Development Authority (RDA) has sealed three shops in various areas of the city as part of its ongoing campaign against encroachment and unauthorised buildings and shops.

The operation against illegal encroachment in residential areas of Ghazni Colony and Bagh Sardaran was carried out by the Land Development and Estate Management (LD&EM) staff. These shops were allegedly built in violation of the Punjab Creation of Cities Act 1976 on Plot No. 147 and in an inhabited open space by a resident.

The Punjab government had given instructions to the RDA workers to take stringent action against encroachment, according to an RDA spokesperson.