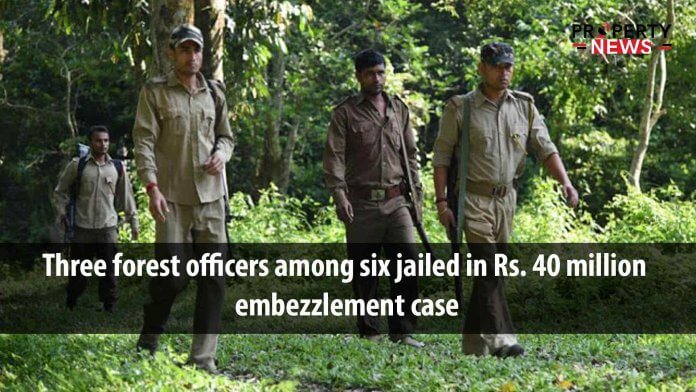 Hyderabad: According to a recent news report, in the case of misappropriation of Rs. 40.098 million public money intended for a project dubbed “habitat conservation and promotion of eco-tourism by the creation of wildlife safari in Boharki forest Badin,” Accountability Court Judge Inam Ali Kalhoro handed down differing jail terms and fines to a former district forest officer, his son, two other officials, and two private persons on Monday.

The reference finds that the accused misappropriated funds released for the creation of a wildlife safari park in Badin’s Boharki forest in collusion with one another, resulting in a loss of Rs. 40.098 million to the public purse.

Irshad Ali, Waqas, Sohail, and Arsalan, who were on parole and present in court, were taken into custody and transferred to Nara prison to complete their sentences, while Anwar Baloch and his son Nasrullah Anwar, who were not present at the final trial, were given non-bailable warrants.

Anwar Baloch and Nasrullah Anwar have been sentenced to five years in jail and a fine of Rs. 4 million each. The decision claimed that the father and son will be excluded from holding public office for a term of ten years.