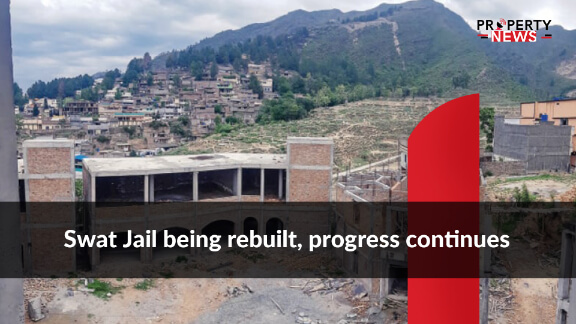 Swat: According to a recent news report, Fazal Hakeem Khan, the chairman of the District Development Advisory Committee (DDAC), on Wednesday stated that the transfer of prisoners from Daggar and Timargar prison to the rebuilt Swat Jail will proceed on Friday (today). The conference was chaired at the DDAC office in Saidu Sharif.

The prison was taken down by the district government after cracks formed in the 2005 earthquake. And since, local prisoners have been transferred to jails in Timergara and Buner. Since the demolition of the prison building, the people of Swat and Shangla have been confronted with issues.

For more updates and information visit our website Property News.