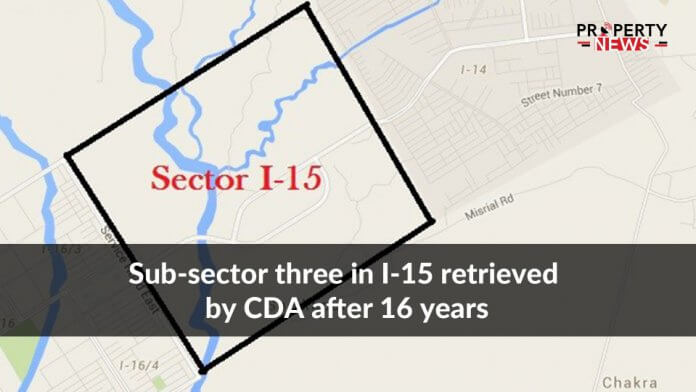 Islamabad: According to a piece of recent news reported, the Capital Development Authority (CDA) declared that it had reclaimed the sub-sector of I-15 from encroachers after 16 years. Further notifying the inauguration of the groundbreaking on the said chunk of land.

In the details revealed, the civic agency retrieved 350 Kanals of land in sub-sector three following a major anti-encroachment operation. The CDA management immediately commenced with the groundbreaking following the successful completion of the drive.

It is relevant to mention that the development work in sub-sector three was re-launched in September of 2020. The authority said that it had also launched work in sub-sector four and that the two projects would be completed within the next 18 months.

The city administration had launched Sector I-15 in 2005 to provide accommodations to the middle-class groups of individuals. According to the CDA officials, as many as 10,289 individuals have been allotted plots in I-15. They added that the civic agency plans to begin the development work in both sectors of I-12 and E-12 on a timely basis.