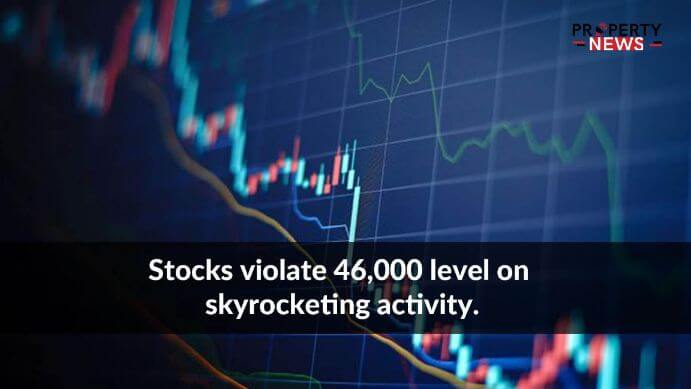 Islamabad: In a recent report, the Pakistan Stock Exchange (PSX) has observed another day of high investor involvement. For the second consecutive period, the stock volumes remained above 800 million which helped the benchmark index to break the 46,000 level for the first time since April of 2018.

According to the advisor Abdul Razak Dawood, the advisor to the Prime Minister tweeted that exports of home textile have increased 16%, readymade cloths 25%, and canvas 57% during the July-December period.

A total of 208 scrips managed to build up gains; 164 closed lower, while the value of 173 remained unchanged.

The overall market volumes appreciated further from 825.8 million shares in the previous session to 845.3 million shares. The benchmark index rallied mainly on the back of technology and communications and cement sectors.