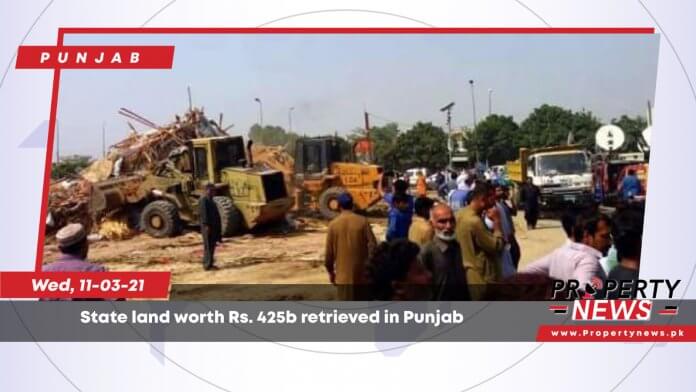 Lahore: According to a recent news report, the Board of Revenue has recovered state property worth Rs425 billion through the province’s districts. Revenue Minister Malik Muhammad Anwar reported this while speaking to various delegations at his office on Wednesday.

The overall value of recovered state land is more than Rs. 425 billion, according to the minister, who also stated that the record has been entered into the land bank. He mentioned that the government has a zero-tolerance stance against land grabbing and that administrative changes have been implemented so that citizens do not face any difficulties in their revenue matters.

115 Arazi record centres, a satellite Arazi record centre, and 20 telephone Arazi centres, according to the minister, have aided the people in their revenue matters. Unlucky residents no longer have to go from pillar to post in search of a solution to small issues since both services are now accessible under one roof.