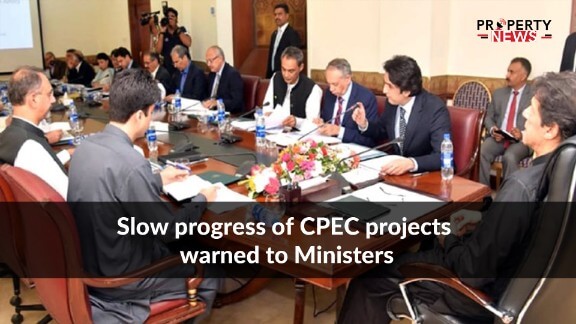 Islamabad: According to a recent report, a cabinet body overseeing the implantation and progress of the China Pakistan Economic Corridor (CPEC) has directed the concerned ministers to speed up work, warning of action against them in case of failing to show any progress after a week.

“The cabinet committee emphasized that unresolved inter-ministerial issues should be brought before the CCoCPEC directly by the respective ministries along with recommendations for their resolution,” the Ministry of Planning and Development stated in a press release later.

According to details revealed, CCoCPEC Chairman Asad Umar set new deadlines for the bureaucracy to resolve matters stuck in the midpoint. Foreign Minister Shah Mahmood Qureshi also raised the issue of slow progress, highlighting that the strategic nature of the bilateral relationship must not be harmed due to the progress of CPEC.

The cabinet committee was informed that the portfolio of CPEC projects has grown to 53 billion US Dollars, comprising completed, ongoing and under consideration schemes; however, the share of projects in the pipeline is more than half at 28 billion US Dollars.