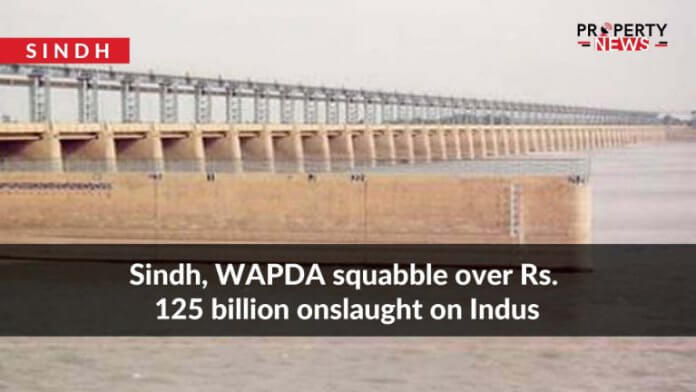 Karachi: According to a recent news report, the Sindh irrigation department and the Water and Power Development Authority (WAPDA) are at loggerheads over the construction of the Rs. 125 billion Sindh barrage approved by Prime Minister Imran Khan in August 2019.

A couple of months back WAPDA sent its inception report for a feasibility study of the project. Sindh irrigation experts responded to it and raised technical objections. However, WAPDA in its response, by and large, stick to its report and indicated that it will approach the irrigation secretary to resolve the issue.

On the Indus River in Thatta, Sindh barrage is proposed, 180 km downstream Kotri barrage and 45 km upstream outfall into the Arabian sea. According to a WAPDA statement released after a meeting between Federal Minister for Water Resources Faisal Vawda, retired WAPDA Chairman Lt Gen Muzammil Hussain and Chief Minister Syed Murad, his reservoir in the floodplains will be 160 km upstream from the barrage

It would be the fourth largest reservoir after Tarbela and Mangla and last over the Indus after Kotri. The Sindh government in its Annual Development Plan 2020-21 has, however, reflected “Procurement of consultancy services for a feasibility study of delta barrage with off-taking canals creation of lakes/reservoir and revival of the ecosystem in coastal area”.