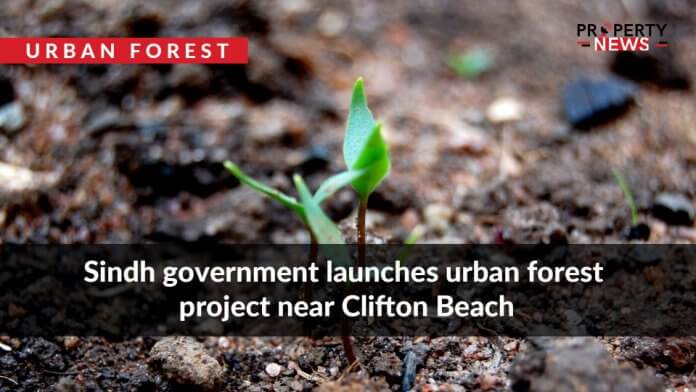 Karachi: According to a recent report, the Sindh Government has decided to initiate an urban forest project on 20 acres of land that is adjacent to the Clifton beach on a public-private partnership (PPP) basis.

According to the details, the Advisor to the Chief Minister (CM) on Law and Environment Barrister Murtaza Wahab, the project pertains to the plantation of 3,000,000 saplings of local and exotic species. He revealed that this urban forest in Clifton is sponsored by the Sindh Radiant Organisation and both indigenous and exotic saplings (from Japan) will be grown in the forest.

Wahab said that the beach forest will also have a nursery. He said that the days of garbage dumping in Clifton are over and it will be turned into a pleasant green space.

Furthermore, the chief minister’s aide said that the provincial government is taking steps to address climate change concerns and this project is a part of that initiative. He said that hundreds of saplings planted in the area last year have grown into trees today.