Scores of houses destroyed, many others marked to make way for Malir Expressway 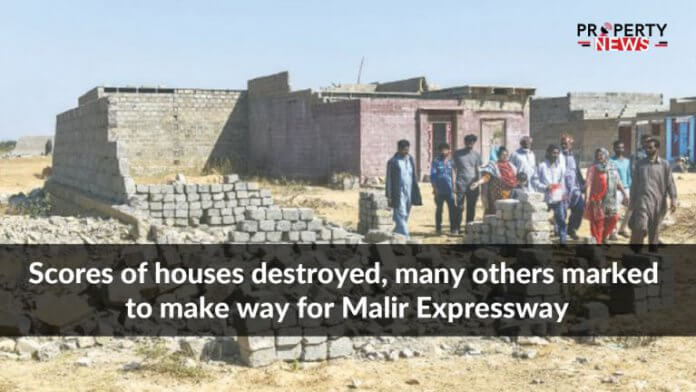 Patras, a neighbourhood elder, said that those who came to demolish their houses turned up without any prior notice. “They said they were to clear the area to make way for a big road or expressway, and started bulldozing all the under-construction structures,” he said.

The Malir Expressway, an impressive project, is said to connect DHA City, Bahria Town, etc, to the main city, in particular, the DHA and Clifton areas.

According to sources, when contacted for comment on the issue, a spokesperson for the Sindh chief minister informed that the residents of Gulshan-i-Maryam were illegal squatters.

“Had they been living on legal land leased out to them, they would have received proper letters letting them know about government’s plans for the expressway,” he said.

“The government doesn’t send out bulldozers to raze legal property. These people seem to be victims of the land mafia that sold them unoccupied land against some money. The government will see what can be done.”

For more updates upon the residents living in Gulshan-i-Maryam, visit our website Property News.