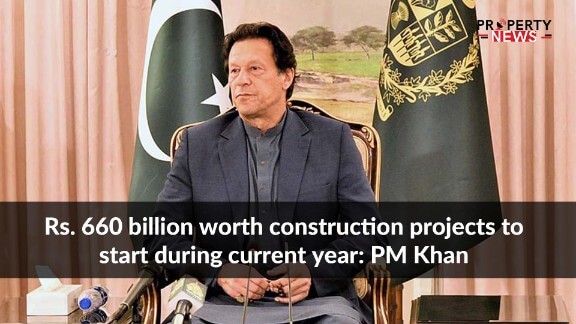 Islamabad: According to a recent report, Prime Minister Imran Khan was told on Thursday that Rs. 660 billion worth of projects will be constructed during the current year.

The Prime Minister was also informed in detail by the Secretary Housing about the progress on the economical and low-cost housing projects of the Ministry of Housing.

The State Bank governor briefed the meeting about the more than expectations’ success in the set targets of funding for the housing sector. About the purchase of bank loans by the general public for the construction of the houses with ease, the SBP governor told the summit that the State Bank of Pakistan had established an online portal, to be launched next week, for the redressal of complaints in that respect.

The Prime Minister while welcoming the institution of an online portal by the State Bank, said it would help ease the problems of the common folk in the possession of loan for the construction of houses.

The Khyber Pakhtunkhwa chief secretary informed the meeting about the progress regarding the current schemes of constructing low-cost houses in various districts of the province along with the development of additional sites.

For more news and updates, visit our website Property News.