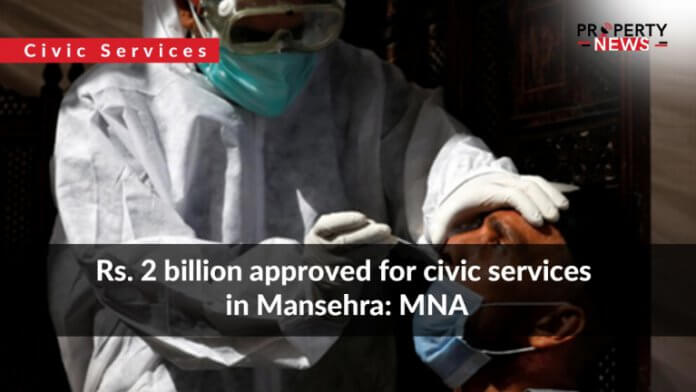 Mansehra: According to a recent news report, the Parliamentary secretary for water resources MNA Saleh Mohammad Khan has said that the federal government will spend over Rs. 2 billion for provision of civic services in Mansehra city and its suburbs.

The prime minister has approved Rs2 billion development funds for paving streets, constructing sewerage lines and other such schemes under a civic services project which would shortly be executed here,” he told a ceremony arranged for inaugurating work on laying gas pipeline in Chakia Mera area here on Sunday. PTI divisional spokesman Ajmal Khan Swati also addressed the gathering. The parliamentary secretary said that the government had been executing natural gas and electricity supply schemes across Mansehra district.

“The government had released Rs10 million for the blacktopping of this important artery a year ago to address difficulties being faced by the people of several villages, but work could not be started as yet,” former Councillor Mohammad Javed told media-persons here on Sunday.

Led by Mr Javed, a group of residents said that Datta-Bujia road was being used for travel by residents of several villages. “Besides other difficulties, we can’t easily shift our patients to the hospitals in Mansehra and Abbottabad because of the bad condition of the road,” said Mr. Javed.