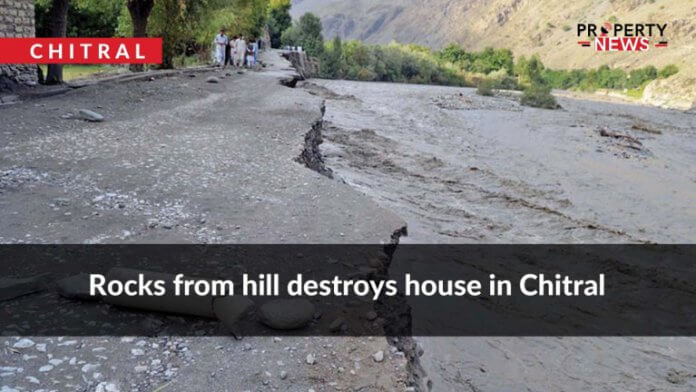 Chitral: According to a recent news report, a house was destroyed and two were partially damaged when heavy rocks rolled down a hill in Kherchoom village of Oveer valley of Upper Chitral here on Thursday afternoon. No loss of life was reported as the families had gone to attend a wedding ceremony in the neighbourhood.

However, though three families were left homeless, several cattle and chickens were buried under the rubble of the destroyed building.

The villagers said that for the last few decades, the hilly region has been eroded and sliding of rocks from hills has occurred frequently, particularly during the winter.

In Lower Chitral, the slipping of rocks persists in the village of Shedi, sometimes blocking the Chitral-Peshawar road for the last week.

Jamal Abdul Nasir, chief of the JUI, voiced his anxiety about the potential rock collapse and asked the National Highway Authority to redirect vehicle traffic to the village of Ayun and remove the debris to save passengers from the imminent possibility of dropping rocks.