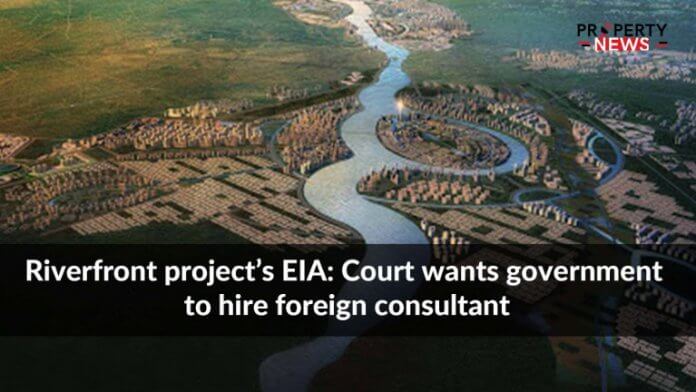 Lahore: According to a recent news report, the Lahore High Court (LHC) has directed the Punjab government to engage an international consultant instead of a local one to carry out an Environmental Impact Assessment (EIA) for the Ravi Urban Riverfront Development Project. Justice Shahid Karim further directed the government to complete the constitution of the Environmental Protection Council within two weeks.

Hearing numerous petitions on environmental issues, the judge directed the government to ensure that trees were not felled alongside Canal Road Lahore for the building of pedestrian bridges.

In all construction schemes, including the Naya Pakistan Housing Scheme, the government has also been driven to ensure water conservation initiatives.

The judge had already remained until the sanction of his EIA on building work on the riverfront scheme. To conduct the EIA for the sector, the government engaged Engineering Consultancy Services Punjab (Private) Limited (ECSP) as a consultant.

A public interest law firm, however, contested the EIA process, arguing that the ECSP was itself a government subsidiary and not a licenced environmental consultancy.

Justice Shams Mahmood Mirza, who restrained the government from taking a definitive call on the project’s EIA, heard the matter.