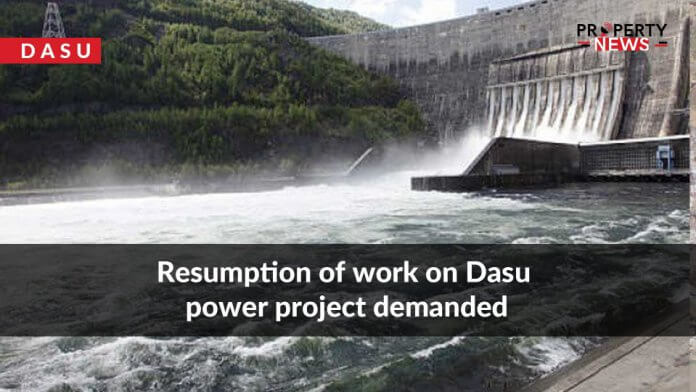 Mansehra: In a piece of recent news reported, the people of Upper Kohistan on Friday held a rally to demand the immediate resumption of work on the 4,300-megawatt Dasu hydropower project.

“We have been extending complete cooperation to the WAPDA and district administration for early completion of work on this energy project,” MNA Malik Afreen told the protesters assembled at Barseen area of Upper Kohistan. He said the work, which was suspended following a firing incident last, should be resumed immediately in the larger interest of the country.

The protesters marched through various roads and reached the district secretariat. They also held talks with Upper Kohistan deputy commissioner Arif Khan Yusufzai, Dasu dam manager Anwarul Haq and other relevant officials in this regard.

On this occasion, the deputy commissioner assured the protesters that work on the dam would be resumed soon. The work was suspended last month after five people sustained injuries when Wapda’s security guards allegedly opened firing to stop a group of locals from entering the under