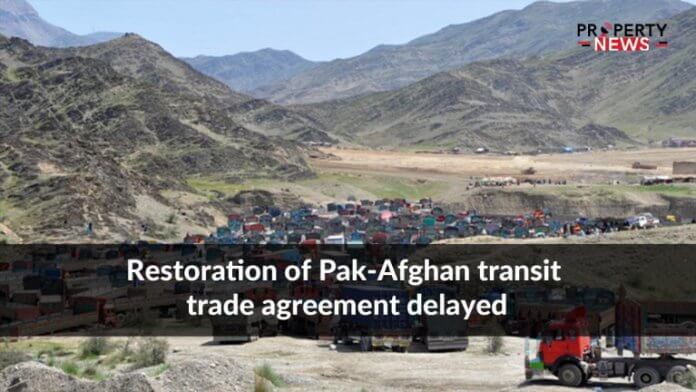 Peshawar: According to the latest news, the transit trade agreement between Pakistan and Afghanistan is expiring on the 11th of this month, no progress has so far been made concerning the renewal of the agreement. This information was presented in the previous week.

Ziaul Haq Sarhadi, former senior Vice President (VP) of the Pak-Afghan Joint Chamber of Commerce and Industry, informed this scribe that a high-powered meeting on Pak-Afghan transit trade was held in Islamabad in December last year. “During the meeting, Pakistan presented its proposals for the new Pak-Afghan Transit and Trade Agreement to the Afghan authorities, but no response has been received so far on the recommendations,” he added.

Sarhadi said if a new trade agreement is not signed by 11th Feb, then the “unfavourable” agreement of 2010 will automatically be renewed for the next five years.

He recalled that the first Pak-Afghan transit trade agreement was signed in Geneva in 1965, which lasted for 45 years. Under this agreement, all goods from Karachi port to Peshawar and Chaman were supplied by rail, giving Pakistan Railways a Rs. 7 billion profit annually.