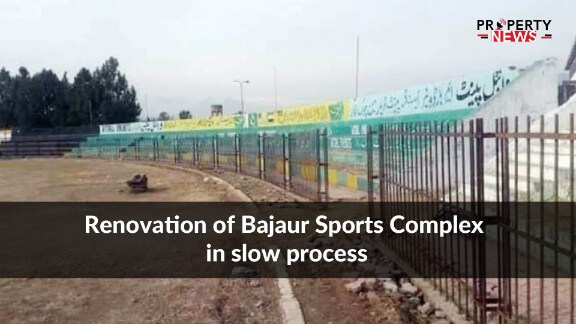 Bajaur: In recent news, sports fan expressed their concerns about the slow-paced reconstruction of the Bajaur Sports Complex and warned that a protest demonstration would be held if the construction had not been finished without delay. While talking to the media present, they stated that the construction process has started two years ago but has to be completed.

The president of the Bajaur Cricket Association, Mohammad Ismail, said the senior officials of the district administration and the works and roads had told them at the commencement of the renovation work in October 2019 that the project would be completed in one year, but 25% of the work was incomplete.

Izharul Haq, former general secretary of the Bajaur Cricket Association and head of the local coaching academy, raised questions about the setback in finishing work on the complex. He said that the closing of the sports complex due to the building operation had deprived the players and sports enthusiasts of training and playing games inside the complex for the last two years.