Regularization of housing schemes built before 2010 list in Faisalabad sent 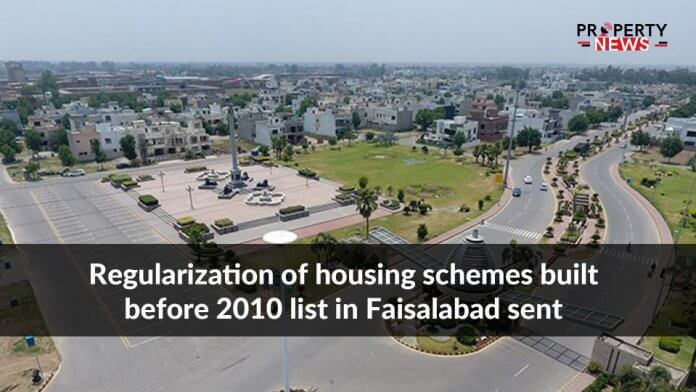 Faisalabad: According to a recent news report, the Director-General (DG) Muhammad Sohail Khawaja of the Faisal Development Authority (FDA) has said that the public agency has forwarded a summary to the Punjab government regarding the proposed regularization of all illegal housing schemes developed before 2010 in the city.

While addressing the delegation, FDA Chairman Chaudhry Latif Nazar said that the civic agency is extending its support to the management of all authorized housing projects. He further asked the developers of these colonies to contact FDA support centre in case of any queries or concerns.

The DG Muhammad Sohail Khawaja stated that the preparation of Faisalabad Master Plan is in its final phase, adding that new residential projects will no longer require no-objection certificates (NOC) from the irrigation and environmental departments following the implementation of the master plan.