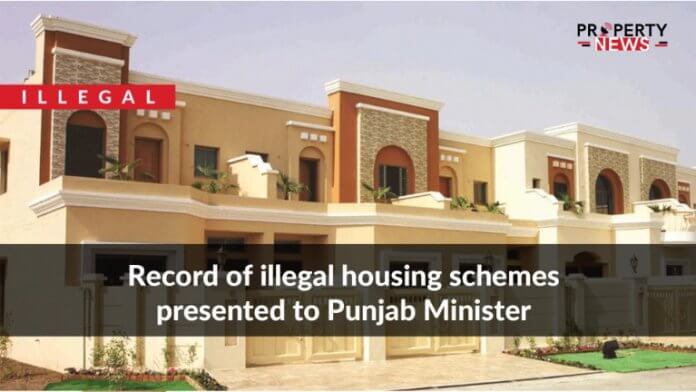 Lahore: According to a recent report, the Punjab Minister for Law and Cooperatives, Raja Basharat has sought for the complete record of illegal housing societies that were operating within the province. He expressed his views on the matter during a meeting of the National Coordination Committee for Housing, Construction and Development.

He further reported the government’s choice to punish the designers of unlawful lodging plans in the area; saying that Prime Minister (PM) Imran Khan had given mandates to secure ventures of the majority.

He said that the housing schemes set up many years back presently couldn’t seem to be regularized and that their administrations had tricked individuals into putting millions in these illicit ventures. He further expressed that the board would distinguish government authorities associated with these plans.

According to a previous report, the Punjab Local Government Secretary Noorul Amin Mengal has suggested dividing illegal housing societies into categories. The secretary was informed that as many as 246 societies were found to be developed in green areas out of the 596 illegal projects operational in LDA jurisdiction.

For more details and updates, visit our website Property News.