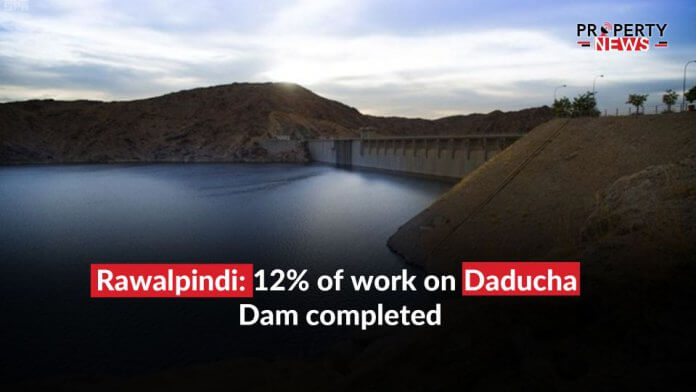 Rawalpindi: According to a recent piece of news, since land acquisition problems were resolved, around 12% of construction on the Daducha Dam was finished.

During a meeting with Commissioner retired Capt Mohammad Mehmood in the chair, representatives from the irrigation department said. At the meeting, the current status of the dam was discussed in detail.

He said that the dam is a significant public-interest initiative, and that due to the worsening water situation in Rawalpindi, construction of the dam has become unavoidable, and that more than 90 heavy machines are currently operating on the dam.

The project has been in the planning stages for quite some time, but in the last few months, both logistical and technological issues were addressed as quickly as possible.

The primary explanation for the delay in further compensation was the landowners’ lack of confidence in retrieving funds because some of the citizens involved were overseas.