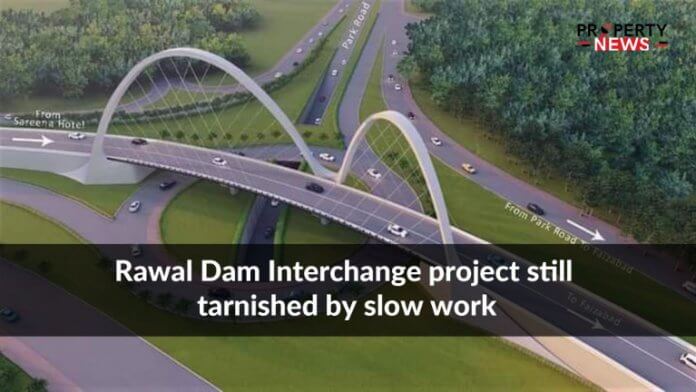 Islamabad: According to a recent news report, the construction of the Rawal Dam Interchange that was inaugurated last year in July by Prime Minister Imran Khan is still marred by a slow pace of work, indicating the project will not be completed within the stipulated time. Three months after the inauguration (in October), the Capital Development Authority (CDA) had formally issued a commencement letter.

The task is worth Rs. 1.17 billion and is being executed by a joint endeavour of two development firms. As indicated by its PC-1, it should be finished in two years. In any case, the speed of work at the site shows that the task won’t be finished on schedule. “Up until this point, the advancement of work is around 10%,” said a CDA engineer.

The trade is being developed at the intersection of Murree Road/Club Road and Park Road. As indicated by CDA authorities, when finished, the undertaking will give alleviation to workers as gridlock on the bit of Murree Road has gotten standard.

Besides Murree Road, traffic on Park Road had also increased due to the mushroom growth of houses in Lakhwal, Chatta Bakhtawar, Shahzad Town, Rawal Town, Alipur Frash, Bahria Enclave, Park Enclave, and other areas. A large number of educational institutions, including two public sector universities, and wedding halls are also located along the road.