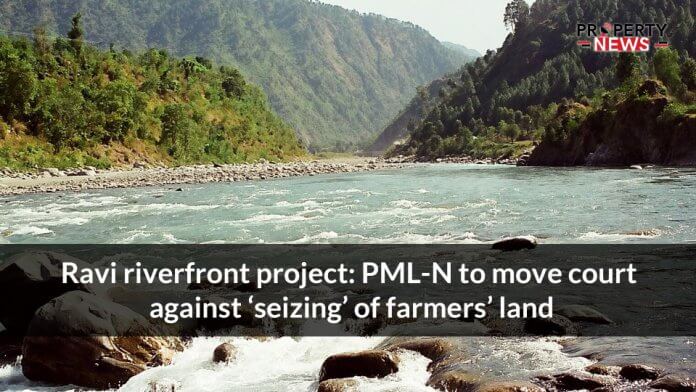 Lahore: The PML-N will take the government’s’seizing’ of farmers’ land for the Ravi Riverfront Urban Development Project to court to have their complaints heard.

“The PTI government is seizing farmers’ property in the River Ravi project to help the mafia and Imran Khan’s friends. Farmers are being oppressed by the state, which is forcefully purchasing 1,300 marlas for Rs. 200,000 [per acre], according to PML-N Punjab information secretary Azma Bokhari.

A group of farmers allegedly assaulted a revenue department team last week after the department announced low prices for land being purchased for the mega project.

“The cost of Rs. 200,000 per acre in the riverbed is unacceptable to us. The prices for land other than the riverbed have been set at Rs. 1.35 million per acre, which is zero, according to a farmer named Nazir Awan.

The farmers who were displeased said they had asked the government to pay them a fair price for their land. They asked, “If the government wishes to build housing projects on our territory, it must speak to us and pay us market prices.”

Ms. Bokhari said the PML-N was standing with the farmers and urged the institutions to take notice of this act and don’t let the government seize the farmers’ land for a meagre price.