Raja Bazaar to be converted into tourist attraction by RDA 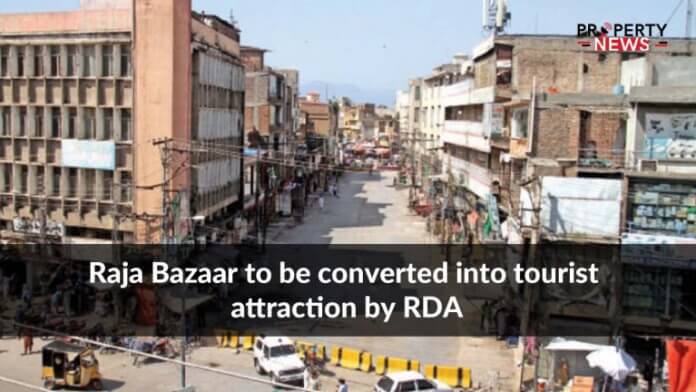 Rawalpindi: In a recent news report, the Rawalpindi Development Authority (RDA) has started with the beautifying process of turning Raja Bazaar into a tourist attraction with the collaboration of the United Nations Development Program (UNDP).

Read More: Aerotropolis to be developed by RDA in Rawalpindi

As per the PC-I of the project, which was finalized at Rs. 74 million, the civic agency intends to apply a “strategic roadmap for increasing accessibility, promoting heritage conservation and tourism to develop a place-based identity, and improving livability standards”, according to the details revealed.

The RDA Chairman Tariq Mehmood Murtaza stated that the development authority wanted to convert Raja Bazaar into a tourist attraction, adding that it would introduce an environment-friendly travel service for the visitors.

He stated that the bazaar would feature pedestrian streets for people to explore the culture of the region. He added that the RDA would establish a food street on the patterns of the Old City in both Bhabara and Sarafa Bazaars on the Murree Road.