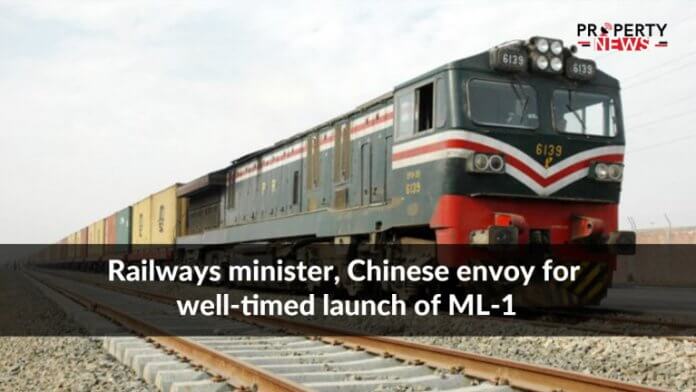 Islamabad: According to a recent news report, the Minister for Railway, Railways Azam Khan Swati, and Chinese Ambassador Nong Rong on Tuesday agreed to launch the ML-1 initiative on a timely basis He also invited the visiting dignitary to attend the inauguration ceremony of the safari train.

Minister Swati stated that the ML-1 was one of the biggest railway projects in Pakistan and its operationalization would cement the existing ties between Islamabad and Beijing. He further stated that China’s plans to invest in Pakistan Railways ‘would change the fate of PR’.

According to details, Mr. Swati stated that ‘We are grateful to the Chinese government for all possible assistance to Pakistan for the project. The ML-1 project will be carried out in the four provinces from Peshawar to Karachi, under which locals and Chinese workers will be hired for its construction,’