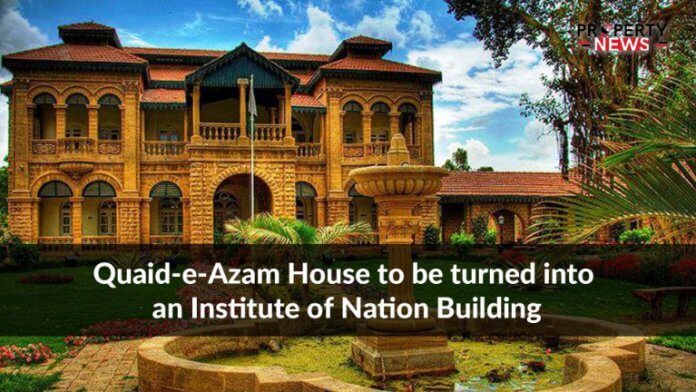 Karachi: According to a recent news report, the recent MOU signed by the Jinnah Society, the Sindh Government and KCFR (Karachi Council on Foreign Relations) bring to light a very beneficial project for the nation.

This project comes not only in pursuit of Jinnah’s ideals, principles, and vision but also now in the form of heritage, art, and culture through what is being called a “nation-building” project. The conversion of Quaid-e-Azam House (previously known as Flagstaff House), into an educational museum and Center for the preservation of the relics which this museum and Nation Building work.

Read More: Permanent removal of all encroachments from storm-water drains planned in Karachi

This Institute will not only exhibit relics from the Quaid’s archive, but it will also be a place where children and adults will learn about the fight for freedom and the creation of a separate homeland for Muslims.

The initial intent, as suggested by the then Chief Justice in an order passed on a Reference by the Administrator of Quaid-e-Azam Muhammad Ali Jinnah’s Estate in 1984, was to encourage the Government of Pakistan to purchase the house from the administrators to create a Museum Library in his honour.

Read More: Russia and Pakistan sign agreement for the construction of a Stream Gas Pipeline from Karachi to Kasur

The land was to be protected as a National Monument by the Pakistani government to honour Muhammad Ali Jinnah’s memory. The property was sold by the Administrators, Syed Hasnain Raza and Mr. Liaquat Merchant, Jinnah’s grandson, in compliance with a High Court order, and it was decided that an Audio-Visual Center would be built to screen films about the Pakistan Movement.