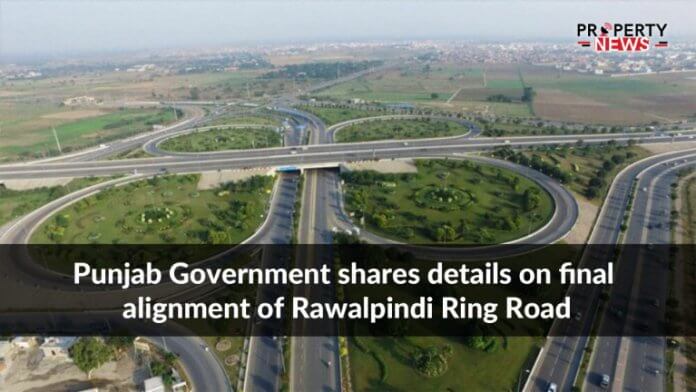 Rawalpindi: According to a piece of recent news, the Punjab Government has shared the final alignment of the Rawalpindi Ring Road (RRR) project’s 65-kilometre route, with the venture being developed under a public-private partnership model, according to a proposal shared by the Planning and Development Board’s Public-Private Partnership Cell.

The project is being developed with a central median and shoulders in three segments:

Furthermore, preliminary concept and technical studies for the RRR project’s segment-by-segment construction have already been completed and will be shared with potential bidders shortly.

According to reports, the government is attempting to reduce travel time from Radio Pakistan to Sangjani by constructing the RRR along the GT Road. The project would also enable long-distance travellers to bypass the city’s metropolitan centre, lowering vehicle running costs.