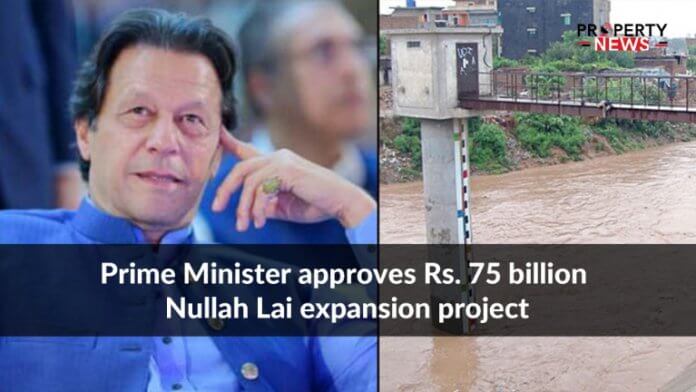 Islamabad: According to a recent news report, Prime Minister Imran Khan has approved the Nullah Lai project at a cost of Rs. 75 billion to resolve problems being faced by the residents of Rawalpindi. The approval was granted during a meeting held on Thursday with PM Imran Khan in the chair, wherein a detailed briefing on the Nullah Lai expansion project was given.

The PM, while approving the project, directed the officials concerned to complete the zoning of the concerned area and ensure changes in relevant by-laws so that commercial and multi-storey buildings could be constructed along both sides of the Nullah Lai Expressway.

The project would be finished in two years under the public-private organization mode. The turnpike would be developed on the two sides of the Nullah Lai; two shopping centers would likewise be based on state land. PM Imran further guided the authorities to quickly begin work on the venture, which, as indicated by him, would be an achievement in the change of Rawalpindi.

“The Nullah Lai expansion project is very important for Rawalpindi as it will safeguard the residents from flood situations,” he said, noting that the people of Rawalpindi have been facing various problems for the last many years due to an increase in the city’s population. He also said the Ring Road and Nullah Lai expansion projects would boost investment and economic activities in the city.