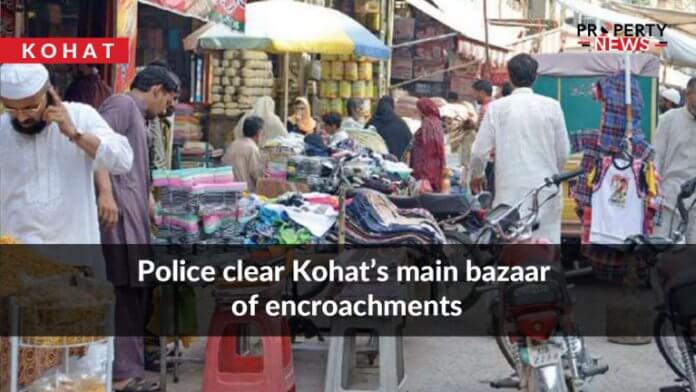 Kohat: According to a recent news report, the city and the traffic police personnel have cleared the main bazaar of hundreds of pushcarts and other encroachments to facilitate the smooth flow of vehicular traffic.

Sabir Khan, the in-charge of the traffic police, led the operation cleanup. His predecessor Akbar Khattak had been transferred to the police lines by the district police officer for his failure to control traffic through the bazaar.

Tajir Grand Alliance president Abid Khan and general secretary Israr Shinwari appreciated the police for doing the job which should have been carried out long ago by the TMA to facilitate the citizens.

They blamed the TMA authorities for permitting pushcarts by gathering Rs. 100 every day from every seller. They said workers couldn’t move because of the extraordinary surge of carts at illicit transport stands while the merchandise transport vehicles entered the marketplace with no dread of law. They said now the purchasers could undoubtedly move in the marketplace and do shopping easily of brain.