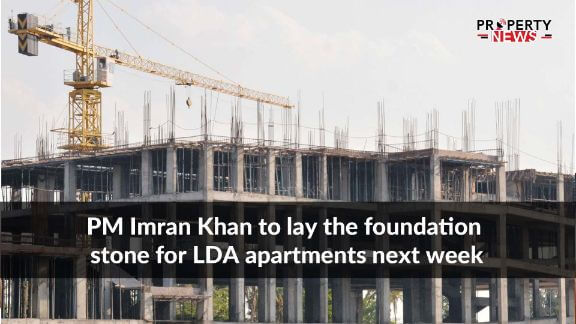 Lahore: According to a recent news report, it is expected that Prime Minister Imran Khan is to lay the foundation stone of the 4,000 housing units under the Lahore Development Authority City Naya Pakistan Apartment on the 12th of March.

According to the details revealed, the arrival of the Prime Minister in Lahore was welcomed by both the LDA and the Punjab administration. Prime Minister Imran Khan has expressed his commitment to lay the project’s foundation stone, according to LDA Vice Chairman S M Imran, who said in a press release on Wednesday. The ceremony’s preparations have begun at the Mauza Halloki, near Ring Road.

For the groundbreaking ceremony, a path leading to the avenue and two helipads will be built as part of these plans. Following the laying of the foundation stone, the application process for the allotment of these apartments will begin.