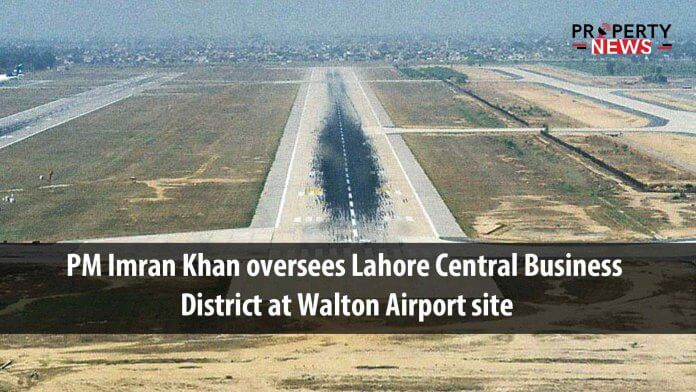 Lahore: According to a recent piece of news, Prime Minister Imran Khan, on Friday laid the foundation stone for the ambitious Central Business District (CBD) project at the Walton Airport site, expressing hope that this ‘out of the box’ initiative will create wealth to overcome fiscal and current account deficit.

The scheme, according to the prime minister, would amass the wealth that is urgently needed to pay off past foreign loans. He claimed that it was past time to increase the country’s revenue and reduce spending to close the deficits.

PM Khan also claimed that the Walton Airport will be de-notified shortly, and an economic hub will be built in its place, including the development of several high-rises along Gulberg Main Boulevard and Ferozepur Road. According to him, the Lahore Central Business District would produce Rs. 1,300 billion in the first phase, resulting in Rs. 250 billion in tax revenue for the government.

Chief Minister Sardar Usman Buzdar, speaking at the event, announced that the Lahore Central Business District will be built on 300 acres of land in three years. The first phase would include the acquisition of 128 acres, followed by the creation of a residential and digital district.