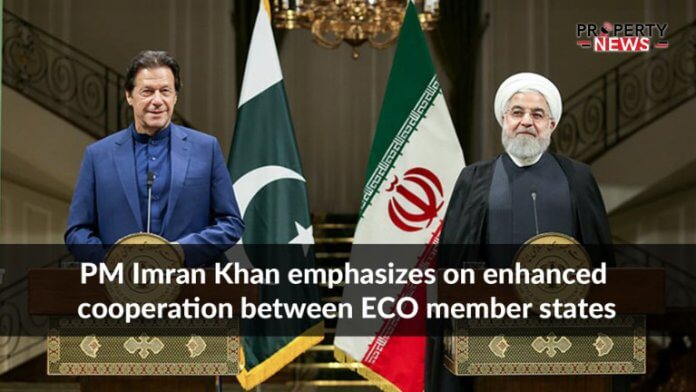 He said that regional convergence and integration have proven important for growth and development in his opening remarks at the 14th ECO summit, which was held digitally on Thursday. Economic growth, commerce, housing, mobility, and cross-border interactions would all benefit from the improved physical structure, according to Prime Minister Imran Khan.

He went on to say that the countries would develop a strategy to create robust healthcare systems to adapt to any crises. PM Imran said that an interconnected transportation network must be established to promote intra-ECO trade as well as act as a trade corridor between major economies in the East and West, North and South.

He cited the Istanbul-Tehran-Islamabad commercial freight train and suggested that the railway ties between Uzbekistan, Afghanistan, and Pakistan are significant regional connectivity ventures. He also stressed the importance of connecting the China-Pakistan Economic Corridor (CPEC) with Afghanistan and beyond.

Prime Minister Imran said that the ECO members states are severely affected by the health and economic crisis unleashed by the pandemic, with over 150 million people hit by the virus wherein over 2.5 million people lost their lives.

He emphasised that while Pakistan faced problems during the pandemic, it used a people- and poor-centered approach to strike a balance between saving lives and preserving livelihoods. Despite the financial restraints, he said that his administration had set aside an impressive $8 billion for the poorest and most needy families, which was distributed by small enterprises and direct handouts.

As a founding member, Pakistan remains strongly committed to ECO which aims at the promotion of effective regional cooperation, with a focus on communications, trade, culture, and connectivity. Pakistan has been actively contributing to the advancement of the goals and objectives of ECO, including regional economic integration.