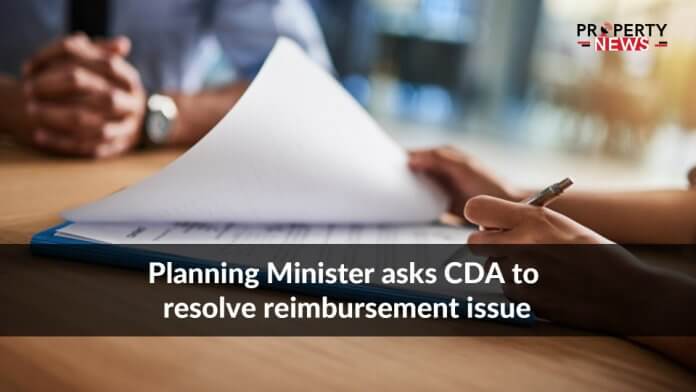 Islamabad: According to a recent news report, a commission headed by Planning Minister Asad Umar on Tuesday directed the Capital Development Authority (CDA) to resolve longstanding issues of compensation to landowners.

The commission, which was formed by the Islamabad High Court (IHC) to look into the issue of compensation mainly in E-12, held a meeting at the CDA headquarters.

Special Assistant to Prime Minister on CDA Affairs Ali Nawaz Awan, National Assembly Chairman of the Standing Committee on Home Affairs Khurram Nawaz, CDA Chairman Amer Ali Ahmed and others attended the meeting. The commission ordered the CDA to begin paying compensation in the form of a plot or cash to those whose land had been acquired and who had the right to obtain compensation.

He told the meeting that in the land directorate, a major reshuffling was carried out and steps were taken against corrupt elements.

The meeting was told that over 700 plots in I-12 had been resized to accommodate the landowners of E-12. The chairman also told the meeting that CDA had started development work in E-12. Sector E-12 was acquired in the 80s and in 1989 the CDA sold out plots to people. However, so far the civic agency has failed to develop the sector.