PIMS to have 200-bed trauma centre 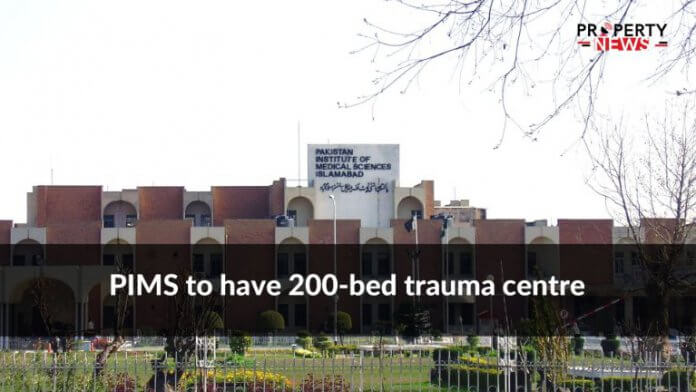 Islamabad: According to a recent news report, the Federal Government has decided to build a 200-bed trauma centre at the Pakistan Institute of Medical Sciences (PIMS). Besides, work on the 200-bed Polyclinic extension in G-11/3 will also be expedited.

According to a document, 40% of the patients come to PIMS from Islamabad and Rawalpindi while 60% from other parts of the country including Punjab, Azad Kashmir, Khyber Pakhtunkhwa, and Gilgit-Baltistan.

When contacted, spokesperson for Ministry of National Health Services (NHS) Sajid Shah said being a tertiary care hospital, PIMS received a large number of patients suffering from chronic diseases or injuries. “Therefore, expansion in emergency services was required,” he added.

“The government’s decision to constitute Board of Governors (BoGs) at PIMS has started yielding results as the board has made it possible to make the decision about the centre and implement it without any delay,” he said.

The Polyclinic was established as a pioneer services hospital in 1966 under the name Central Government Hospital with only eight beds for emergency, surgery, medicine and gynaecology.

At the moment there are almost 550 beds dedicated to primary, secondary and tertiary curative care services.

In 2008 the government decided to construct a building on one-third of Argentina Park’s land, which is located in front of the hospital but later due to various reasons, including litigation, the idea was dropped, and it was later decided to build the hospital’s building in G-11/3.