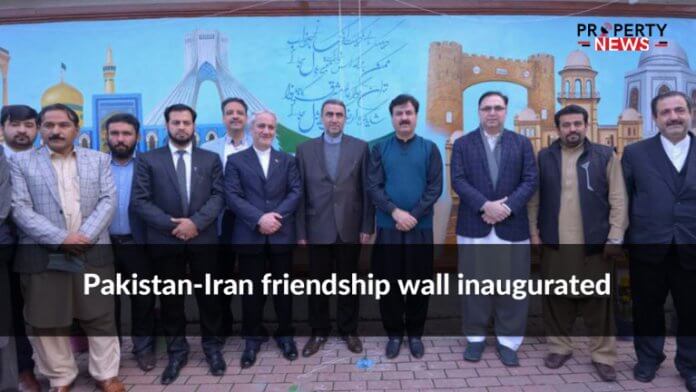 Peshawar: According to a recent news report, Provincial Minister for Culture and Labour Shaukat Yousafzai said that Pakistan and Iran were brotherly neighbouring countries having strong ties based on cultural and traditional values and bilateral trade.

He inaugurated Pak-Iran friendship wall during an exhibition in Khana Farhang-i-Iran on the occasion of 42nd national day of the Islamic Republic of Iran. He said that the inauguration of the friendship wall was a good step towards cementing the relations between the two brotherly countries.

The minister said that the two countries had many similarities in their cultures, traditions, heritage and history. He said that besides culture, Pakistan and Iran could also boost trade through people-to-people contacts.