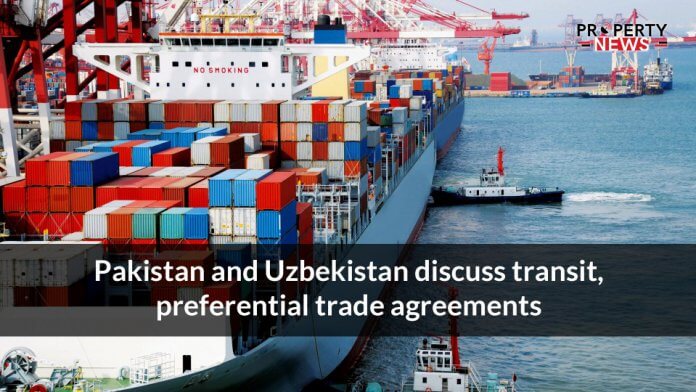 Islamabad: According to a recent news report, Pakistan and Uzbekistan have agreed to improve trade ties while exploring progress on a bilateral transit trade deal, the Preferential Trade Agreement (PTA), banking and visa issues, as well as aviation and customs cooperation.

On Monday, Abdul Razak Dawood, Adviser to the Prime Minister on Commerce and Investment, and Uzbek Deputy Prime Minister Sardor Umurzakov had a video call.

During the simulated conference, both parties shared a commitment to work together to put decisions taken during the adviser’s visit to Tashkent from February 1-3, 2021, into action according to the agreed-upon timelines.

Both sides decided to host a business conference in Tashkent in July this year to further strengthen trade relations.

The advisor was advised by the Uzbek deputy prime minister of the Uzbek delegation’s upcoming visit to Pakistan on March 12th for talks on the aforementioned issues.

Pakistan’s side greeted the incoming Uzbek delegation with open arms and provided assistance in setting up meetings with various stakeholders, including customs, maritime relations, railways, and aviation. The two sides agreed to carry out the decisions reached during the February 2021 meetings in Tashkent in letter and spirit.