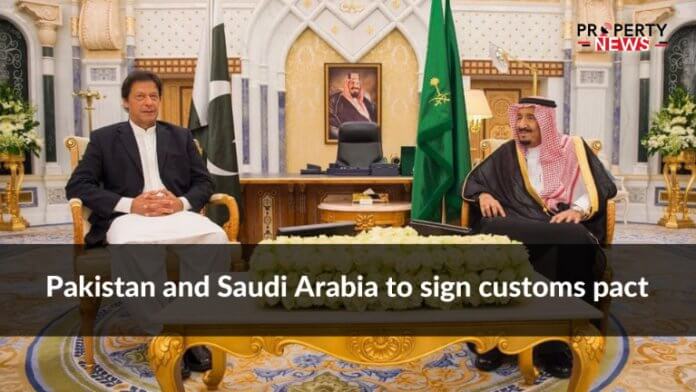 Islamabad: According to a recent news report, Pakistan and Saudi Arabia will soon link a comprehensive agreement on Customs cooperation and assistance to promote bilateral trade and control illicit drug trafficking between the two countries.

In this regard, a meeting between Saudi Arabia’s Ambassador to Pakistan, Nawaf Saeed Al-Malikey, and the Chairman of the Federal Board of Revenue (FBR), Muhammad Javed Ghani, was held here on Saturday, where shared concerns regarding customs and tax cooperation were addressed.

The agreement will be implemented after approval from Saudi Arabia. “We are working very rapidly in the text. We have already sought comments from the relevant department,” the envoy said during the meeting.

According to the press statement issued by the board, the FBR chairman briefed the Saudi ambassador about the FBR’s recent measures for the mobilisation of revenue and facilitation of taxpayers.

The ambassador appreciated the recent performance of FBR in the first seven months of the current financial year (7MFY21) and hoped that it would successfully achieve its future targets as well.

Ambassador Al-Malikey said this agreement will further strengthen the relationship between the two countries. “We are keen to finalise it early,” he said.