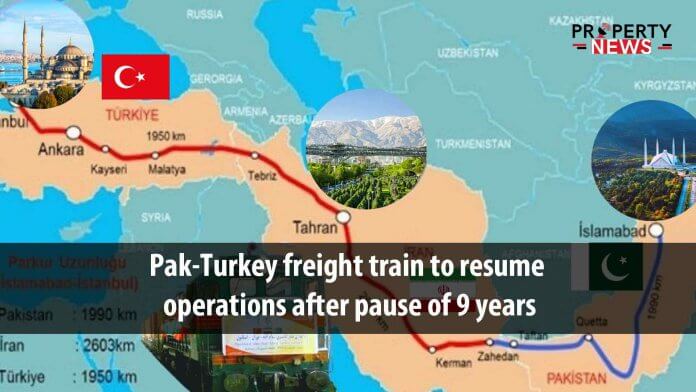 Islamabad: According to a recent news report, the Istanbul-Islamabad freight train is likely to resume operations on March 4, connecting goods train business of three countries including, Turkey, Iran and Pakistan, after a gap of almost a decade.

According to a report by a local media outlet that quoted a senior official of the Pakistan Railways (PR), the train is set to depart from Istanbul on March 4 so far, however, the schedule will be reconfirmed in a day or two. Cargo comprising 24 containers have so far been booked from Turkey to Iran and Pakistan.

The train, which will complete a one-side trip in 12 days, is expected to reach the Islamabad dry port on the 16th of March.

“The train named ‘ECO Train’ will be operated regularly on the Thursdays falling in the first week of every month. The permissible load will be 750 gross tonnes. The train length would be 420 metres,” a related document states.

As per the present schedule agreed jointly by Turkey, Iran and Pakistan, the running time between Drence-Kapikoy (Istanbul) and Zahidan-Tabraiz (Iran) will be 90 hours each whereas the train would take 135.5 hours to travel from Zahidan to Islamabad.