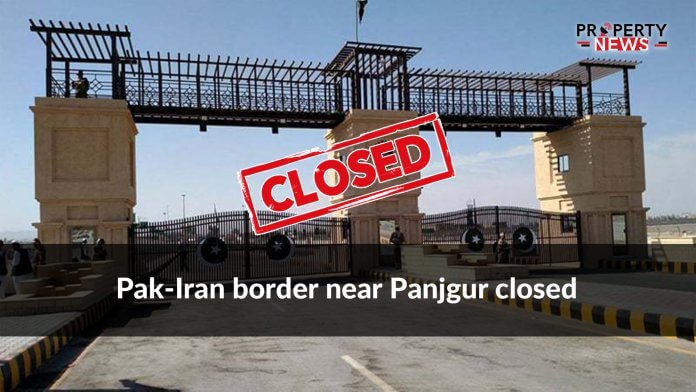 Quetta: According to a recent report, the Pakistani authorities have closed the Pak-Iran border in the Panjgur district after violent demonstrations and attacks on government offices in the Saravan area of Iran’s province of Sistan-Balochistan.

“We have closed the border with Iran at Zero Point Sakan of Saravan district of Iran after firing and violent incidents on the Iranian side,” a senior official of the Panjgur administration revealed.

Pakistanis engaged in the smuggling of Iranian fuel and diesel, he added, had been ordered not to enter the border area. According to reports received in Panjgur, violent protests continued in the Saravan district on Wednesday for the third day, with crowds assaulting government offices and ransacking and torching many vehicles in the city’s main town.

The governor’s office in Saravan was also attacked, according to the sources. There were also claims of over a dozen civilians being killed by Iran’s border security forces in the firing. The number of deaths, however, is yet to be verified by the authorities.

Members of Iran’s border security forces fired on owners of vehicles and drivers involved in the smuggling of Iranian fuel who had gathered at Zero Point Sakan along the border with Panjgur a couple of days ago.