PAC informed on when construction of affordable NPHP homes will begin 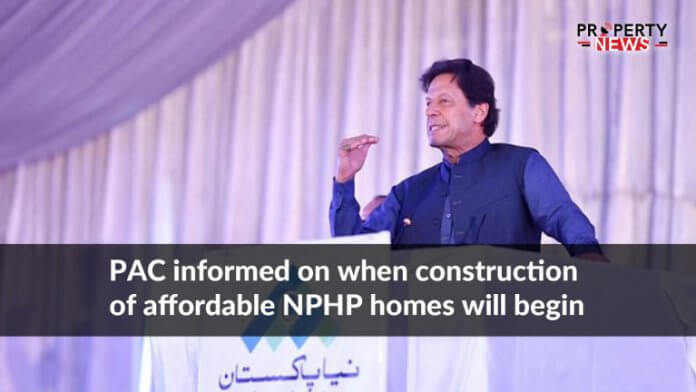 Islamabad: According to a recent news report, the Public Accounts Committee (PAC) was informed that the construction of affordable homes under the Naya Pakistan Housing Program (NPHP) will begin in April.

The secretary of housing further stated that the government had set aside Rs. 650 billion for public sector housing. He said that the private sector had pledged to invest Rs. 830 billion for the said initiative.

The meeting was told that qualifying applicants could get home loans worth up to Rs. 500,000 and that Rs. 3 billion had been put aside to build 800,000 housing units. The State Bank of Pakistan (SBP) was also said to have partnered with private banks to provide mortgage finance to the affected residents.

According to officials from the Housing Ministry, Prime Minister Imran Khan has been briefed on the housing initiative’s success. They also reported that the project’s approval process took just three months.