No action against state land grabbers worth billions 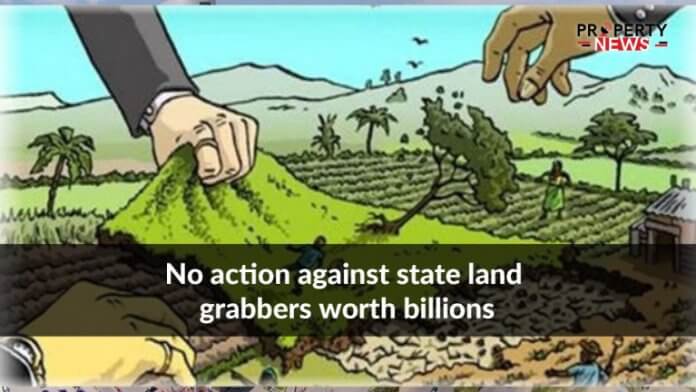 Bahawalnagar: According to a recent news report, state land worth billions of rupees is in illegal possession of influential land grabbers in Minchinabad municipal committee area and no action is being taken to retrieve it despite the court orders.

According to a report issued by the Minchinabad assistant commissioner (AC), no state land was in the illegal possession of land grabbers in the municipal committee’s jurisdiction. Citizens, on the other hand, had shared documentary evidence that land grabbers had encroached on 206 Kanal state land.

According to revenue department sources, the state land worth billions were in the hands of the land mafia in the jurisdictions of the municipal committee (MC), and it had been identified in the revenue records.

The sources claimed some of the aforementioned lands was retrieved in a grand operation in enuring of former Minchinabad Assistant Commissioner Faiqa Sehar. However, it was once again grabbed after the transfer of the AC.

Ghiasuddin Haqqani, a social activist, claimed that state land worth billions had been encroached upon in five locations in Minchinabad city, including the canal and nullah at Mauza Ganeshpura. The powerful land mafia, he claimed, owned 1,272 Kanals of provincial government land and 206 Kanals of municipal committee land. He claimed to have shared documentary evidence of the aforementioned land with the AC office, as well as written applications to the chief secretary to the chief minister.

Haqqani alleged that three Kanal land of Sabzi Mandi worth billions was encroached upon by the son of a revenue official. He claimed that the civil court had given a verdict in favour of the citizens two years ago in the case and around two weeks ago, the sessions court gave a ruling to transfer the land to the municipal committee. However, despite court orders revenue officials had been unable to retrieve the land.