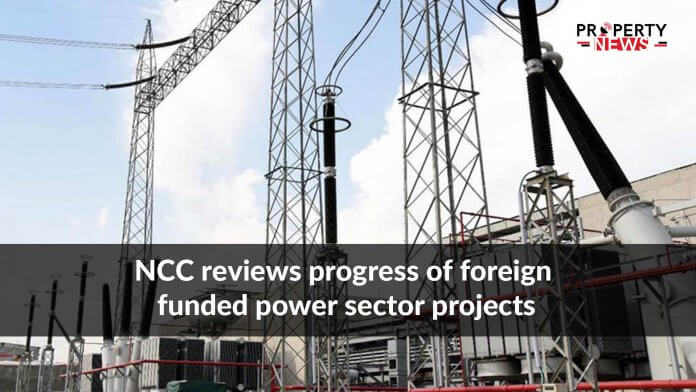 Islamabad: According to a recent news report, the National Coordination Committee on Foreign Funded Projects (NCC-FFP) on Thursday reviewed the progress of the power sector’s projects. In this regard, Federal Minister for Economic Affairs Makhdoom Khusro Bakhtyar and Federal Minister for Energy Omar Ayub Khan co-chaired a meeting at the Ministry of Economic Affairs in Islamabad.

The meeting was attended by Secretary Noor Ahmed of the Economic Affairs Division, members of the PM Branch, the Finance Division and the Regional Departments and Heads of Line Departments.

The meeting was told of the introduction of 14 foreign-funded projects of $3,418 million, including power generation, transmission and distribution, with the assistance of development partners, including the Asian Development Bank (ADB), the World Bank (WB) and the Islamic Development Bank (IDB).

Bakhtyar highlighted that the government is focusing on energy sector reforms and energy efficiency through the production of renewable and clean energy at affordable prices, the development of a reliable transmission system and an improved distribution network.

He informed the forum that the Power Division is regularly monitoring the progress of foreign-funded projects as the projects are significant to achieve strategic objectives, including the provision of affordable electricity, transmission efficiency, modernization and enhancement of the country’s distribution system.