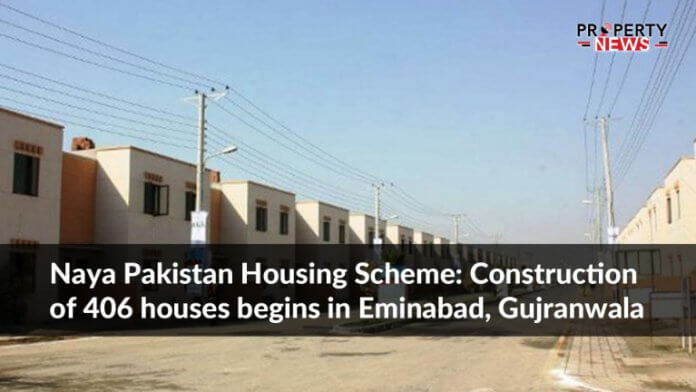 Gujranwala: According to a recent news report, the Punjab Housing and Urban Development Minister Mian Mehmood-ur-Rasheed has said that under the Naya Pakistan Housing Scheme, the construction of 406 houses on three and five marla plots has started in Eminabad, Gujranwala Districts. He expressed these views while presiding over a meeting, held here on Monday to review the housing scheme.

Under this project, the construction of 406 houses on 3 and 5 marlas has been started on 135 Kanals land in Eminabad on Wando Road Gujranwala.

These views were expressed by Minister Housing Mian Mehmood ur Rasheed while presiding over a review meeting of the said housing scheme. DG PHATA Muhammad Asif Chaudhary, General Secretary Punjab Housing Task Force Atif Ayub and members of PHATA Board of Directors attended the meeting. DG PHATA gave a detailed briefing regarding the pace of development works on this scheme.

Mehmood ur Rasheed said that the scheme called “Garden Square” is a flagship project of MAAKSONS Pvt Ltd in collaboration with the Punjab Housing and Town Planning Agency (PHATA) and the Bank of Punjab (BoP) to facilitate housing for all.

He said that to turn Prime Minister’s vision into reality, the BoP will provide finances to the purchasers of houses on easy terms.

The markup rate has been reduced under a special package to facilitate the low-income segments.

Mian Mehmood ur Rasheed informed that the best infrastructure, underground electricity connections, sewerage system, green area, school, and other facilities are being provided in this low-cost housing scheme.