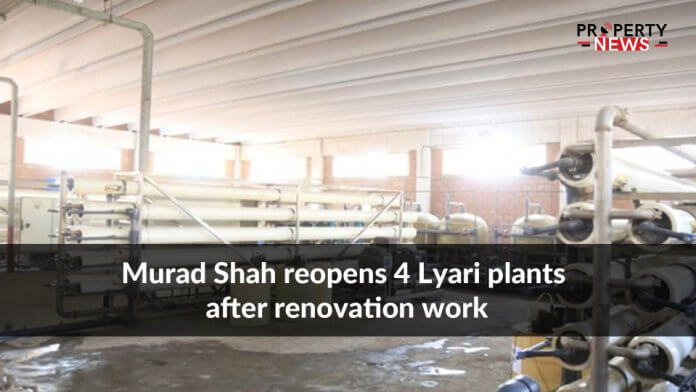 Karachi: According to a recent news report, the Sindh Minister for Local Government Syed Nasir Hussain Shah has on Sunday reopened 4 Reverse Osmosis (RO) Plants after repair work, including Maripur Road, Peoples Stadium, Grid Station and Chakiwara, with an initial capacity of 2,00,000 gallons per day.

In three steps, this capacity will be increased to 1 million gallons per day by June. MPA Shazia Sanghar, PPP South President Khalil Hot, Managing Director of the Water & Sewerage Board (MD) Asadullah Khan and others were also present on the occasion.

Shah said that former President Asif Ali Zardari gave the people of Lyari a gift by launching RO network plants during his term, but unfortunately, due to technical faults, those plants were closed.

Shah said that large RO plants, including Trans Lyari and Ahmed Shah Bukhari, would also be launched within three weeks to resolve the issue of clean drinking water in the region.

He said that the infrastructure of Lyari is being improved along with overhauling of sewerage and drainage system to help maintain the road network. Development work of Bhittai Road has also been started.