Multiple projects for Gwadar, Lasbella to be started 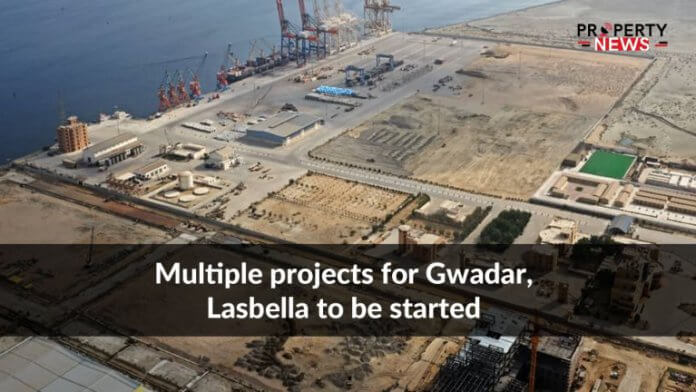 Gwadar: According to a recent news report, the government of Balochistan, the government will soon start carrying out multiple development projects amounting to Rs. 12.3 billion in as many as 45 union councils of Gwadar and Lasbella for the socio-economic development of its residents.

All the proposed development projects had received the approval of the competent authority, an official of the Balochistan government told APP.

The approved projects included the construction of two Jetties at Jiwani and Ormara and the floating Jetti at Kundmalir, the development of eight hatcheries and 80 commercial net cultures, he said.

The Special Development Initiative suggested that the programme would be implemented to offer vocational and technical training to about 12,000 women and 6,300 men.

In addition to digitization, he said that more measures will soon be introduced to improve the industry, which has remained neglected for the last few decades owing to previous governments’ negligence.

He said the provincial government is making all-out efforts to ensure that its residents are provided with basic facilities, including education and health, so that maximum individuals can be eliminated from poverty.

He maintained that a comprehensive plan was also prepared to create 120 kilometres of coastal road infrastructure for the socio-economic growth of the fishermen, adding that “the province can produce high-quality fish for the world market, which can generate more revenue for the province.”